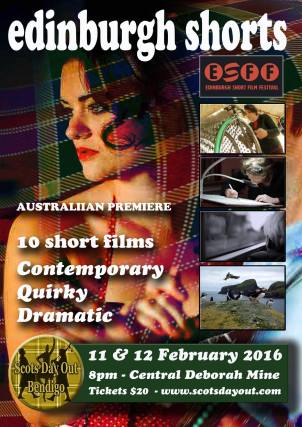 I’m unsure how we managed to whizz through the rest of 2015 and suddenly be here, right here in March 2016! Although I managed to break my fibula at the end of October which did mean that normal service halted for a couple of months. Glad to say the ankle is now fully on the mend and I’m walking around now almost not thinking about it except for the odd twinge and some crochety ligaments.

I broke my ankle taking a photograph at work – of mulled cider (no I hadn’t been drinking) – but unfortunately my ankle went all the way over then all the way back with a mighty ‘snap’. I still thought I’d sprained it badly until I started to walk and then it was pretty clear something was up. I was very lucky that one of the guys at work was around to hear me yelling, and they miraculously ran off only to reappear with a little wooden chair (from a barn… I’m still not quite sure how that happened). Then it all went horribly wrong for a couple of weeks only to finally get sorted with a sort of Robocop boot (I argued my way out of a stookie).

But here’s the thing, there’s always that Rear Window fantasy that breaking a limb (nothing complicated mind, just a break that required some resting time to fix it) that meant you’d be physically restricted but mentally freed, would actually turn out to be a bit exciting (once painkillers and suitable fixings were applied). But nothing could’ve been further from the truth. It was hellish and boring, and entirely uninspiring

The only thing I’ve broken before, was my big toe which never healed properly because I didn’t believe I’d broken it and left it too late to get anything done with it. However breaking a limb was much, much worse. As expected, it was painful, tiring, expensive and awkward, but I hadn’t reckoned on how depressing and monotonous it would be, or the sheer frustration at not being able to do everyday things (showering on one leg is a BAD idea ok?). I was also unprepared for the lack of good sleep which along with the painkillers resulted in a hazy, anxious brain which completely hindered any creativity or work of any kind. I really tried, but each time the consultant signed me off work again despite my begging, I felt my mood drop. It didn’t help that the first few painful and panicky trips to the hospital cost my entire sick pay for a week (as thankful as I was to receive something) – it also ended in an embarrassing (but temporary) wheelchair when I tried and failed to be stoic in getting up the hospital corridor on my own with a puny stick. The consultant told me to stop being stoic, as it was dangerous and I might displace the fracture which could result in me ending up in theatre getting hardware in my leg, and a much longer recovery time… I left suitably chastened.

But now, other than a bit of an old bruise, and a few puffy, stiff bits, the ankle is feeling good and strong. And, I’m glad to say that some great things happened during the last few months!

Love Cake had its Australian premiere at Scots Day Out (posted above), and won 1st Runner-Up at the People’s Choice Award in Bendigo! The screening was rather wondrously held in the Central Deborah Gold Mine which is pretty incredible, and it’s fantastic to hear how well it was received.

And in other news, Hula, the short film I co-wrote is finished! And the trailer is now out so please do have a little click to support us. It will start its festival run shortly so fingers crossed it’s welcomed across the world.