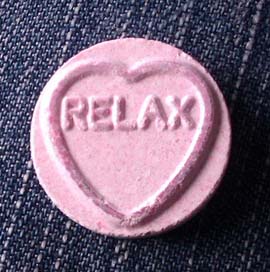 It’s been a busy couple of months as I’ve caught up on things, and I’ve been very bad regarding blogging. There was nearly 2 inches of dust when I opened the rather creaky blog door. We have been going through the mill regarding the terrible weather – that’s my excuse. Hell, it was snowing yesterday. April. Snowing. That’s wrong.

Since the last time, I’ve finally (sound the trumpets!) finished my first full-length play for the stage. Developed and written on the Avalon Mentorship, a writing scheme with theatre company Siege Perilous, it’s called TANTALUS, and is a 3-hander set in 1953 at the end of sweet rationing. That’s all I can tell you at the moment. Or I’d have to shut you up. With sweets probably. Oh no I’ve said too much!

I’m really proud of the play, and very thankful to the whole Siege Perilous team, Tina, Andy, Caroline, and the actors involved with all the workshops for their great advice and support in helping me get there. Just finishing off a final polish, and then it’s ready to be read.

My feature Masterbaker has been out getting read by some rather fantastic people whom I trust, so a rewrite is next. It’s especially timely as in the meantime, it has been the lucky winner (1 of 3) of a serious script consult in a feature competition. Whilst the script benefited enormously from my time on the Playwrights Studio Scotland Screenwriting Residency – it was left a little unruly after my period of illness in 2012. It needs taming, and I’m raring to go now feedback has come in and I have renewed objectivity. I love getting my hands on a project that needs serious pruning after a break – scythe at the ready! Then it shall be ready to go to the ball.

Also in the interim, I was pleased to be shortlisted for a New Playwrights Award, with some positive comments about my work and ideas – rather thrilled to get on the shortlist, and congratulations to the awardees. In other playwriting news, I’m working on a collaborative theatre symposium later this month which will have its performance at the Traverse Theatre. Excited, me? Just a little!

Finally, this month sees my first anniversary of gallbladder-gate. RIP my little poisonous, painful and very sick little friend. I thank my lucky stars every single day that I had the NHS to help me in my moment/hours/days/weeks of need – and I still do as I get used to a rejigged digestive system. I hope it’s able to survive whilst under the predatory government it currently finds itself in the UK.