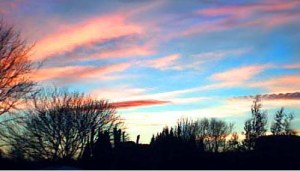 Yesterday saw the end of the final taught trimester (unofficially anyway) of the MA course. We’re technically still on the course over the summer with our major project to work on – mine’s a feature, almost certainly a comedy – but that’s basically our classes finished. Good fun it was too, bit of an industry pub quiz with wine at the Screen Academy (which may I just say – WE WON – thanks to the rest of ‘Team Roger’ – Irene, Len, Arnie and Fiona), then on to a local pub for more drinking and fun. It felt like everyone was breathing a collective sigh of relief because this Trimester has been hard going work-wise, with the infamous Research Dossier to produce along with writing projects. Mine stretched to 57 pages, and is yet to be marked so I’ll hang fire on commenting how that went, and I’m due to get feedback on the 90 minute thriller I submitted for the writing part of the course, this Wednesday. The Summer won’t be entirely tutor-less though as we have industry mentors arranged to help with first drafts, and also contact in the main with our tutors if and when required. Thoughts were presented last night too about setting up a regular meet at the Screen Academy to encourage targets to be met through the next 3 months – I think it’s a good idea.

A few of last years graduates turned up too, Laura, and I finally met David. I think a few in my class were feeling a bit down about the end of the structured part of the course, but unless I’m in denial, I’m still feeling fired up for the script I have to write over the Summer, and the presence of successful students from last year proved that links don’t have to be entirely severed.

Subjects covered in the course of the evening included: icing, lady gardens, Doctors, awkward students, illicit sex, those little silver balls for decorating cakes, Estonian spas, sculpture, ditches, the clockwork orange, and the influence that Kelly McGillis and a sponge had on adolescent boys.

I left after midnight and walked through a night smelling of lilacs – perfect. Missed ‘Peep Show’ though, damnit.

One thought on “This is the End (kinda)…beautiful friend”